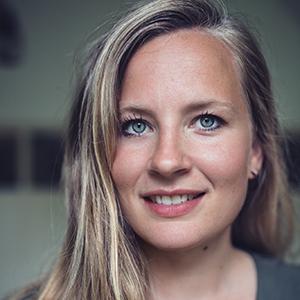 Tell a story with your art

Willow Mae (Willemijn van Helden) makes multidisciplinary pop/folk with influences of jazz. Multidisciplinary because: Music, spoken word and live visuals. Her original music tells the story of Willow Mae’s personal longing and search for a blissful love. In a world full of independency and fear of missing out she asks how to be free and dependent of someone at the same time. All that is with a band consisting of 8-16 people. Her debut album is called Song of Songs and is launched in spring 2019. Willow Mae’s acoustic-based songs are inspired by Joni Mitchell, James Taylor and Sting. Sometimes there’s of Alanis Morissette, at other times her music is poetic, like Noa. With her instrumentation (vocals, backing vocals, el. guitar, ac. guitar, keys, bass, drums), Willow Mae pushes the boundaries of acoustic guitar music, whereas her performances are very much focussed on experience, giving her international potential. Willemijn van Helden is a singer, an actress, composer, lyricist and storyteller. She graduated in 2010 from ArtEZ university of the arts in Musictheatre with pop and jazz singing after her graduation from Codarts’ HAVO for Music & Dance in 2006. She has her own practice for Vocal Coaching ’Singspire. In 2015 she was invited by the board of international voice teachers to come to Riga for Eurovox to perform and get masterclasses.

“Each and every song is with no exception of a high compositional level and performed amazingly. I can only give the perfect score for this album that continues to fascinate me from the beginning to the end.” - In de ban van