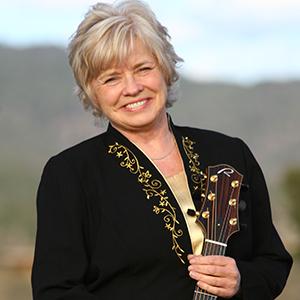 Native of New Mexico in the US, Karen Lafferty’s music was greatly influenced by the folk and pop music of the 60s. After earning a Bachelors of Music Education she hit the road as an entertainer.  In 1970 she found herself at a crossroads between the liberal society around her and her Christian faith. Choosing to dedicate her life and music to Jesus, God led her to Southern California where she became one of the pioneers of the “Jesus Movement”. She is best known in the Christian world as the composer of the scripture chorus “Seek Ye First”. Lafferty has recorded eight albums during her five decades of music ministry; some of which reflect the cultures of more than 70 nations where she has ministered. As training up the next generation has been one of her callings, Karen found outlets for this through Musicians for Missions (Youth With A Mission Amsterdam), which she founded; Christian Artist Seminars in Holland and South Africa, Music Seminars in Eastern Europe and by developing music courses as part of YWAM’s University of the Nations. Today she is based in Santa Fe, New Mexico (USA) where she is the director of YWAM Santa Fe and is developing Sangre de Cristo Arts and Culture. She continues to perform, lead worship, disciple musicians and travel as a “Musicianary”. In 2020 the story of her life will be release in book form entitled “Seek Ye First – The Story of Karen Lafferty”.