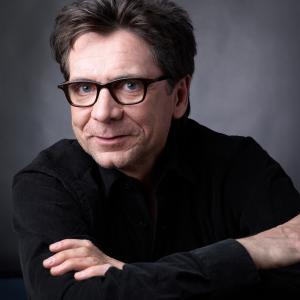 Werner Hucks is at ease with any number of different styles: classical concerts, chamber music and solo appearances as a guitarist are his platform. His “From Bach to Ellington” tour took Hucks to many different countries, including the USA, South Africa, Scandinavia, the Benelux countries, Greece and Hungary. His CDs have had airplay in Columbia, Australia, Hong Kong, Sweden, Denmark, the UK, Ireland, Switzerland, Austria, Holland, South Africa and Germany.

“I can feel a strong relationship between an overture by Mauro Giuliani and a bebop piece by Charlie Parker, or between a good chanson and an old negro spiritual. They are, after all, only different ways of expressing the same human emotions,“ is how Werner Hucks summarises the broad spectrum his music covers.

Born in Siegen in 1962, the musician’s extensive musical range is reflected in numerous productions. Besides the jazz-pop orientated albums “Relaxed”, “Midnite Blue”, “Dreamtime” and “Romantic Guitar”, his “Classic Guitar” series, with its sensitive interpretations of classical guitar music, found an enthusiastic audience among music lovers.

In the 90s, Werner Hucks became increasingly involved in the musical scene. He was the first choice guitarist in the musical “Les Misérables” (Duisburg 1996-1999) from the premiere to the final night and played on the German CD version, earning personal praise from composer Claude Michel Schönberg: „Of the 40 CD recordings worldwide, this is the first and only time the guitar has been played exactly as I always wanted it.” For the musical “Elisabeth” in Essen (premiere in March 2001) Werner Hucks played both at the premiere and on the CD recording and made such an impression on composer Sylvester Levy that he subsequently re-wrote the score on several songs specifically to place more emphasis on Hucks’ guitar.