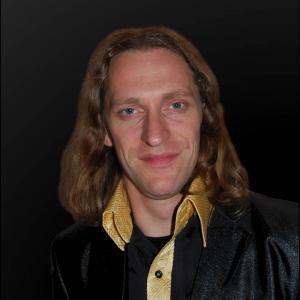 The Art of Folding Air – Drawing with balloons

Guido Verhoef, born in the Netherlands, works as a performing artist since 1991, followed the European School for Performing Arts and started his own artist company in 1995.

Since 1999 Guido combines various performing styles with balloon Art and is actively involved in the international balloon and event industry.

His 21 years of experience as a performer and creative director in the theatre and event circuit he uses to create visual stage shows and large sculpture projects. His company Manifold designs exclusive international acts and creative balloon designs for large company-events and shows and arranged over 4000 performances and decorations in the last decade.

With his work as a sculpture artist Guido got many world records and awards behind his name.

Together with world champion Bodypainter Bella Volen they are the creative founders of Paintloons, where balloons are mixed with fine art and bodypaint. Guido produced 9 workshop DVD’s and is worldwide in high demand as a designer and teacher for Balloon Art. His main focus is the work in China, Europe and currently Russia.